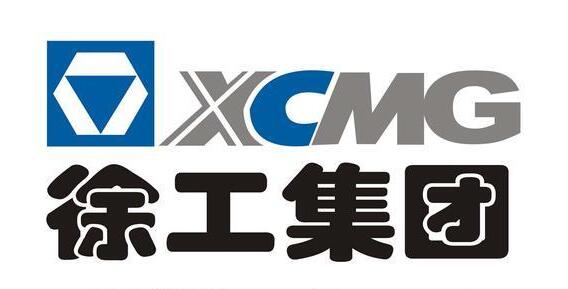 Description
XCMG qy50ks truck crane
Qy50ks truck crane is equipped with four-axle chassis, five-section boom
U-shaped profile
If you need to buy a crane 50 tons, it is best to pay attention to the model of the Chinese manufacturer XCMG-QY50KS. It is based on a four-axle chassis, the main working tool is a boom of 5 sections with a U-shaped profile.
Popular and trusted in the world market manufacturer from China XCMG has specially developed and produced a car crane, which is ideal for Uzbekistan-the main attractive advantage is the presence of an efficient heating system that ensures efficient operation of equipment even at low temperatures. In addition, this model is affordable in its segment of special equipment, has a high level of mobility, functionality and convenience in operation.
Since the advent of Chinese technology in the world markets, it has become worthy competitors to European counterparts. This is based primarily on a combination of functionality and cost. Truck cranes from Europe are much more expensive when performing similar functions, and Russian equipment is much inferior in functionality.
- XCMG truck crane is equipped with an economical diesel engine, the power of which provides the machine with high permeability and productivity. The oil is supplied by one or two pumps (depending on the location of the engine), which helps to increase the lifting speed of light loads and reduce it when working with heavy loads.
- Of the additional innovations in the creation of this model, it is worth noting such elements as an oil filter, a counterweight valve, devices that ensure operation in the dark. Special attention should be paid to developments in the field of crane safety. Automation is entrusted with functions such as limiting the torque of the load, the maximum lift and free travel of the cable. In addition, this model of crane has a hydraulic overpressure protection valve and anti-lock mechanism, as well as an anti-cavitation device.
- Air conditioning is provided both in the operator's cabin and in the driver's cabin. As additional equipment, the manufacturer can offer coils (upper/lower), an auxiliary winch and as an option a stove for the crane driver.
- The hydraulic control system of the crane distributes all commands received from the crane operator very precisely between the working bodies of the machine. Even a slight tap on the joystick on the arm of the operator's chair is immediately recognized by smart electronics
- In the manufacture of this crane used new materials with increased strength, but less weight, which reduces the weight of the crane as a whole. All the main working units and important structural elements are still made of high-strength steel, ensuring high reliability of equipment.
- This relatively small 25 ton truck crane moves easily and smoothly: a specially designed swing system ensures free sliding of the boom, automatically leveling any load. The cabin is designed in such a way as to provide the best view to the operator.
- Octagonal profile of the main boom, coupled with the possibility of full / partial extension contribute to the optimal distribution of the load on the entire structure.
Thanks to a unique combination of technical characteristics XCMG crane has become the most popular in its class. Built in China, this crane is in no way inferior to analogues created by European manufacturers. In the development of this model, not only the most advanced technologies were used,but also special materials that allowed to significantly improve the performance of the crane.
The three-axle chassis design is considered standard for this type of machine. XCMG truck crane is characterized by increased load capacity and an elongated, five-section boom. When boom length of 39.5 metres further provides for the extension in 8.3 m For the extension of the front support is provided with a separate cylinder. The main and auxiliary winches can operate simultaneously or in independent modes. The low center of gravity provides good stability, which is another advantage of the XCMG truck crane.
-High security. Automatic maximum height limiter, load torque limiter and cable freewheel, anti-lock, overpressure limiter valve, anti-cavitation device.
- Amazing performance combined with real care for people-everything you need to work effectively on objects of any complexity
Ease of management. Movement of cargo is carried out by means of 2 joysticks. Hydraulics make it as easy as possible to control the XCMG qy50ks crane. Full visibility and comfort of the cabin.
High-performance winch . The xcmg qy50ks is equipped with main and auxiliary winches that operate in stand-alone or joint mode. The lifting speed is differentiated depending on the weight of the load by means of the drum of the cargo winch.
The upgraded arrow telescopically with a fixed load . It is made of high-strength steel, has 5 sections of hexagonal section of oviform type, as well as a two-section extension with the possibility of fixing it in one of three positions. The extension is done when working on 2 cylinders and block system polispace.
Truck crane 50 tons XCMG QY50KS
excellent load-altitude parameters;
crane boom has the ability to complete 360 degree rotation;
when loading the boom with a load there is a possibility of its telescoping;
the speed of lifting depends on the load;
wide view for operator and driver;
easy to control with joysticks;
there is an LCD monitor for operators with indicators for clarity;
security at the modern level.

It is important to note that among the main advantages of the crane is its ability to work in any weather. This model has the ability to move not only on highways, but also in the conditions of primers or complete off-road. This is ensured by a high-power engine and a well-designed chassis design. To machine worked and winter, specifically established heating every engine, and cabin heated (for year-old exploitation in cabin is envisaged air conditioning).
The crane has incredible stability under the control of modern electronic systems. Due to the coordinated work of the mechanisms, the load on the boom is monitored, and the overturning of the crane is prevented. At the same time, the crane is reliably protected from the wind.

Chinese machinery of this model range is used not only for loading and unloading, but also as a universal machine for construction works, including high-altitude.
Our company specializes in the supply of modern Chinese construction equipment from the manufacturer XCMG. Very popular crane 50 tons the price of which is available not only to large industrial enterprises, but also to private owners for different types of work from simple loading and unloading to complex installation manipulations.
Working with an official dealer XCMG profitable for three reasons:

Competent pricing policy-we are not important profits, and our customers, so our price for the Chinese crane will be less than others;
High speed of work with orders. We have been working for a long time to form and debug logistics, plus the presence of our own warehouse ensures prompt execution of orders, delivery of equipment and spare parts in a short time;
High-quality service-our experts will always help and professionally advise, provide all the necessary information and pick up the original spare parts for Your XCMG equipment 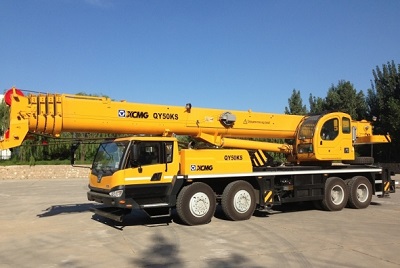 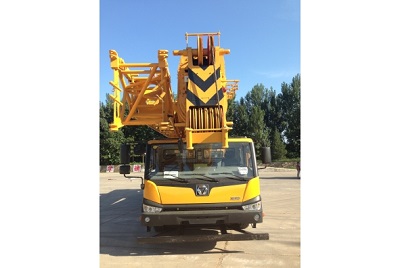 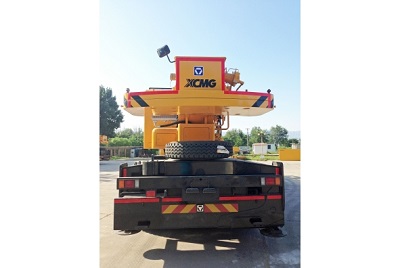